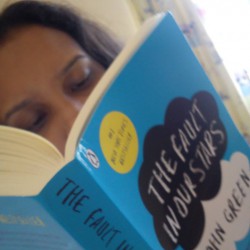 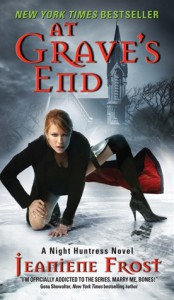 At last my effort of holding on to this series despite disliking the first two books has paid off.

Everything was done so right in this book!

My problem with Halfway to the Grave was that in spite of fantastic protagonists and plot developments, it turned out to be a huge disappointment by the end of it. Then, One Foot in the Grave's fault was that it was predictable. So much of mumbo jumbo was pulled off but it took a very foreseen dramatic twist at the end. And that’s why I was hugely disheartened by that book as well.

No one else but Bones is the reason why I've read this series so far. As much as I love Cat, I can’t help but severely obsess over Bones, it is bordering on unhealthy as of now. He has the power to weaken me in my knees with just one word. (Preferably, “luv”)

At Grave's End had a properly thought out plot, as always the most stellar set of characters I’ve read in any book lately and amazing plot twists. To my utter disbelief the last few scenes were thoroughly action-packed and not a least bit dissatisfying! It certainly shows that Jeaniene Frost realized where she had gone wrong and thought of improving.

I don’t think I will recommend this series to anyone and even though this book was better than previous installments, it is still not worthy of my time and I’m not very compelled to check out the sequels but I think Bones will make me. ;)